Family Guy's Stewie Griffin, FINALLY came out as being Gay! 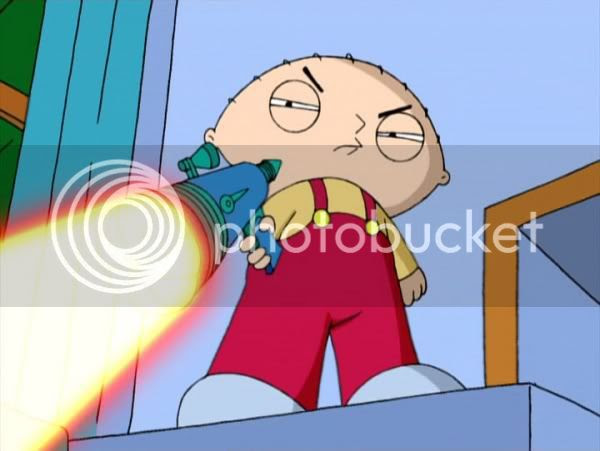 There's been so many hints and funny scenes that it's like, duh? Macfarlene revealed this in a recent article in Playboy magazine by saying:"We had an episode that went all the way to the script phase in which Stewie does come out. It had to do with the harassment he took from other kids at school. He ends up going back in time to prevent a passage in Leviticus from being written: ‘Thou shalt not lie with mankind as with womankind. It is an abomination.’ But we decided it’s better to keep it vague, which makes more sense because he’s a 1-year-old. Ultimately, Stewie will be gay or a very unhappy repressed heterosexual. It also explains why he’s so hellbent on killing [his mother, Lois] and taking over the world: He has a lot of aggression, which comes from confusion and uncertainty about his orientation." 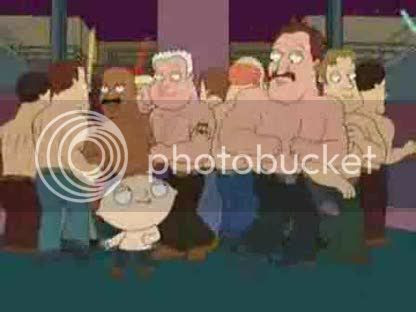 Sweet! Although, it's funny to leave his sexuality ambiguous, it's still cool to see a gay character in a cartoon. Too bad it's a baby. 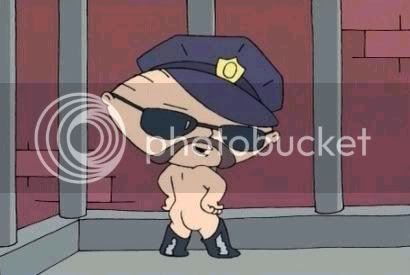 Should I or Shouldn't I?

Hmm... I want to become a Youtube Partner. But before I can even apply I would have to delete about a dozen of my videos because most of my vids have images that don't belong to me. Plus I put in music that isn't royalty free either. In order to apply I would have to delete most of my vids and start to just upload vids that have no background pics at all. Even all that doesn't mean that I'd be accepted as a partner, but at least I'd be considered. What do you think? Should I do something like this? I can still upload vids with all the background images on my website, www.gaycomicgeek.com but I just can't do it on youtube. What do you guys think?
Posted by Gay Comic Geek at 5:28 PM 7 comments:

Back to Work on Monday

Ugh, it was nice having the past 2 weeks off, but alas, I must head back to reality and go and make money again. Which is a good thing too since I'm totally broke from spending so much money in San Diego and just vegging out at home for the past few days. I've also slacked and not gone to the gym for 2 weeks too. Let me tell you, it's been so nice to just lay in bed and watch old reruns on tv and catch up on comics. I haven't shaved in about a week, which is odd for my friends since they're always used to squeaky-clean shaven Paulie, but even something like this feels nice to just not care for a little while. Eating cookie dough with ice cream in bed is like the bestest thing in the world right now and I think the simplest things like this are under-appreciated and need to be done a lot more just to relax and see that not everything is complicated. I know tomorrow I'm going to face a huge set of problems at my office and I'm going to be faced with all kinds of challenges since my job relies on me a lot for support and decisions that need to be made. I only supervise around 10 employees, my department is pivotal for my entire organization, so I'll own up to it and get back to my professional side of life until my next vacation, which probably won't be until around December, but at least I have something to look forward to. I'm not depressed or anything like that, but I do have a feeling of dread heading back to my office, knowing that there's going to be a lot to handle on my first day back.
Posted by Gay Comic Geek at 1:36 PM 4 comments:

Gay Comic Geek
I finally got my own website at: GayComicGeek.com Well I'm a guy that likes to lay back and relax...Unfortunately life won't let me relax, so I gotta work my ass off all the time. I spend as much time as I can reading comic books, playing a few video games here and there and of course watching lots of cartoons and playing with...I mean collecting toys. Yeah, I covered that up pretty good, right?